The Poetic Gifts of Jim and Wilbur

Posted on December 20, 2014 by Gail Spangenberg

Two of my many amazing friends, Jim Jordan and Wilbur Schramm, still enrich my life long after their passing.  I want to salute the Holiday Season and the coming New Year by remembering them and sharing some of their poetic impulses here.  Both men had superior intellectual prowess, but their qualities of gentleness and kindness and humor, and their appreciation for writing and poetry, mattered just as much.

JIM was a lawyer by training, with a deep concern for and engagement in civil rights. He labored for equal rights for women and minorities for much of his career, both at home and abroad. We worked together at the Ford Foundation for years and came to be friends there.  We fell into the habit of meeting at a luncheon place called the Purple Foot, located in the shadow of an underpass near 42nd Street in Manhattan.  There, often for hours at a time, we’d share personal and business experiences, sort out some of our troubles and hopes, and talk about ethics, philosophy, poetry, and legal issues of the day (including the issue of bankruptcy, a legal recourse Jim’s father was instrumental in establishing).

I collected “guiding life” quotes back then.  Every now and then, Jim would give me a card with a quote he thought worthy for my “file of pungent observations,” as he called it. Here are a few of his gems:

–A young man was once sent fresh from Columbia University with a mutual friend’s introduction to Robert Frost.  Frost scanned the young man’s writings, then looking quizzically up through his craggy white brows he asked, “What do you do, son?”   The young man drew himself up proudly; he was, after all, one with the great Frost.  “I am a poet,” he said.  Frost gently answered: “The term ‘poet’ is a gift word, son; you cannot give it to yourself.”   [Animation is a Gift Word, Chuck Jones, AFI Report, Summer 1974, Volume 5, Number 2]

–There are, I am told, scientific proofs that demonstrate that bumblebees cannot fly.  These proofs are drawn by measuring the wing surface of the bee, noting how fast its wings move up and down, and then determining that the lift thus produced is not sufficient to keep a beast the weight of a bumblebee aloft.  These proofs, one should note, have always been of more interest to scientists than to bumblebees.  [President James Dixon, Antioch College, 1975, in response to criticisms about Antioch College]

–To the being fully alive, the future is not ominous but a promise; it surrounds the present as a halo.  It consists of possibilities that are felt as a possession of what is now and here.  In life that is truly life, everything overlaps and merges.  But all too soon we exist in apprehension of what the future may bring, and are divided within ourselves.  Even when not overanxious, we do not enjoy the present because we subordinate it to that which is absent.”  [John Dewey, Art as Experience, New York, Capricorn Books, 1958]

–It is no miracle of communication to send a message by Telstar.  It is the last three feet between one person and another that matters in getting a message across.”   [Edward R. Murrow]

–Nothing stands alone…The stirring of a flower on Earth may not quite trouble a distant star.  But it does trouble the rest of the earth to a surprising degree…  [Source unknown] 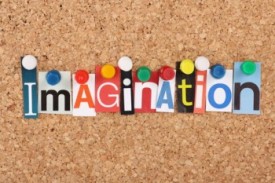 WILBUR was a communicator, a researcher, a prolific creator of good programs and organizations, an international advisor, a poet. In his day he was recognized as the world’s foremost communications theorist, tactician, and researcher, a field he is widely credited as having founded.  He wrote and published 25 books and dozens of articles and trained a great number of scholars in the communications field.  His interest in communications took root in having watched the education and socializing impact of television-watching on kids and young people. He grew to be a much sought advisor to many nations including the U.S. on the good use of media.

Wilbur had a prestigious history of government service and held various posts with numerous colleges, universities, and institutes, some of which he founded.  He ended his monumental career by directing the Institute of Communication Research at the East-West Center in Honolulu, where he lived his final years and in which capacity I knew and visited him.

Wilbur also had a profoundly soft side.  He co-founded the famous Iowa Writer’s Workshp and knew personally such poets as Robert Frost, Archibald MacLeish, and Robert Penn Warren.  Among his many friends was Arthur C. Clarke, himself a poet and communicator of gigantic proportion.

One of my personal treasures from touching Wilbur’s late life is a poem he wrote for me and other of his and his wife’s friends for Christmas 1974.  Typical of Wilbur, “A Swim At Dawn” is printed on a simple piece of plain paper folded into a notecard.

A SWIM AT DAWN

A second treasure I have from Wilbur is a very special thank-you note resulting from a good deed I did for him once at Ford.  Two gifts were included with the note — a copy of a talk he once gave in tribute to Arthur Clarke, and an article written by Arthur Clarke for Wireless World in 1945 titled “Extra-Terrestrial Relays: Can Rocket Stations Give World-wide Radio Coverage?” Wilbur wrote me that he had bound Clarke’s article for me to keep on my shelf.  “It is one of the most-mentioned, least-seen papers in communications,” he said.  The article was long out of print, but Wilbur looked wide and far–to no avail in the Library of Congress and at Comsat–and finally found an original copy in the basement of the Engineering Library at Stanford University.

Wilbur’s generous tribute to Arthur Clarke is too long to quote here in its entirety.  But four of his wonderful paragraphs quoted below will give you a sense of both men:

“When I first met Arthur Clarke, he was in his middle 40’s, but he still had the excited, shiny-eyed, Little Boy look you have seen on the faces of your children when they look up at you and say, ‘Some day I’ll climb Everest!’  When he wrote the article we are talking about, he was not quite 28.  He was working for the RAF, as an engineer…”

“Of course the article is written in the understated way that the British write science and yet it seems very Clarke-like.  The Clarke of 2001 and Voice from the Sky, I mean. His imagination is always jumping several ideas ahead.  He wrote about space communication, of course, and his main point is a better way to circulate television, telephone, and telegraph.  But before he goes very far he is talking about the kind of communicative world McLuhan later called the Global Village.  Look at the Epilogue. Here he has already jumped to Space Travel.  He is like a boy who is always thinking of what the next hill must be like, beyond the hill he is climbing.”

“When I last talked with Clarke, a few years ago, I asked him whether he ever expected again to do anything quite as exciting as what he did in 1945.  He was inclined to disparage that article a bit.  He said he viewed it as a part of the unfolding motion picture of scientific progress.  It was only one great moment out of many, and he was fortunate to be there to take part in it.  This is what Watson said, as you remember, of the discovery of the Double Helix.”